As was expected, Eugene and Rex have become the best of friends. So much so that Eugene can’t imagine how he ever got along without him…

One day, while having his lunch, Eugene was reading the local newspaper, the “Merino Times”. It just happened to be a Thursday…Thursday is the day the local shelter posts ads for the animals they have up for adoption.

Eugene had casually thought about getting a dog in the past, but his former girlfriend “Jessica” took up all his time. He did love her dearly, but he has to admit – now looking back – that she was a bit of a Princess and very needy; he thought of it as endearing at the time. He just shakes his head now and is grateful for the lesson learned!

Anyway, now that his time was his own, he thought he would go down and check out the pup that looked like a “fuzzy mop”. Rex had been apparently abandoned along a country road because he was old and needed some expensive dental work done, but he was said to have a great disposition and his little face just tugged at Eugene’s heart-strings. Besides, now that he wasn’t spending all his money on Jessica, Eugene could afford the dental bills.

It was a mutual love at first sight, they were perfect for each other, proving that sometimes these things are just meant to be. Of course, Eugene took Rex to the vet and got all is work done and now he has a clean bill of health.

Eugene could not be happier, taking Rex with him everywhere. Eugene has even started doing things that he would have never done before, now that he has a real best friend.

Like going for drives in his funky little economy car. They just drive all over town taking in the sights, stopping for lunch at Flo’s diner and wandering along the country roads. 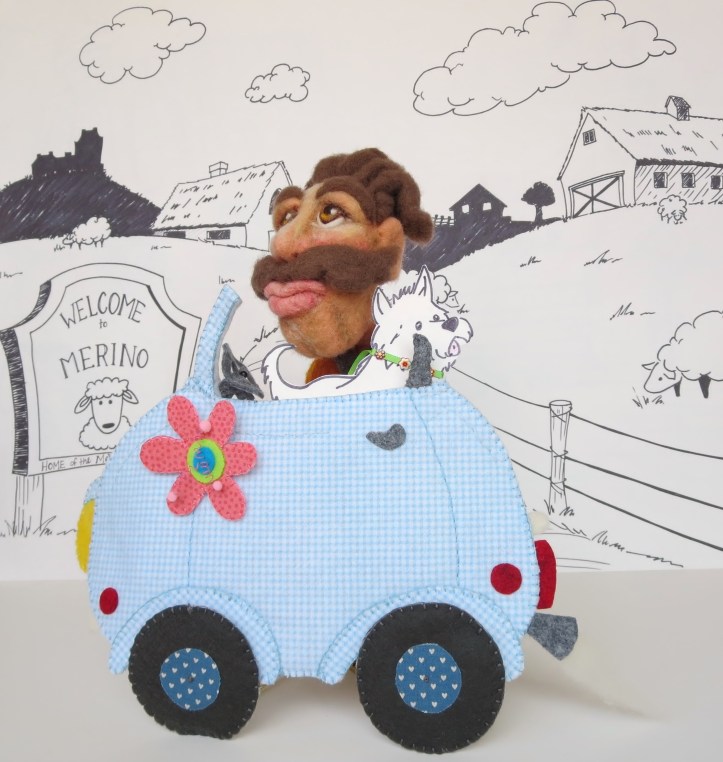 They even went camping together, something Eugene has never done. He had to borrow his friend Chuck’s car and camper to do it, but they had a blast. Rex is game for anything!

Eugene has even decided to treat himself to a brand new car, something he hasn’t done for over twenty years! Old Betsy Blue just can’t keep up with all these grand adventures.

Eugene knew that having a dog would change his life, but not like this. They are having more fun than he could have ever imagined!